After all the { frantic } preparations we Sarasotans made  – putting up hurricane shutters, filling our vehicles with gas, stocking up on batteries, water and groceries, removing anything that could be  projectiles from our lawns, evacuating Zone A { Barrier Islands and those in Mobile home parks } …  We were spared !!  Many folks also took to the roads and went north fearing the worse.

Here are the Sarasota facts on Irma according to the National Weather Service.

By the time Hurricane Irma reached Sarasota County Sunday it was a severe tropical storm rather than a hurricane.  The maximum sustained winds reported in Sarasota County fell between 40 and 50 mph,with gusts topping 70 mph. Venice had 80 mph gusts.  Our area only saw 5.31 inches of rain and a storm surge of 1.7 feet.

That is not the way meteorologist predicted it would happen for us but we are so thankful they were wrong…  The Keys were hit with a category 4 and Marco Island with a category 3 storm.After these southern landfalls Irma slowed down –  the wind shear combined with dry air in the area caused it to rapidly diminish in intensity. The eye of the storm that was headed to our area made an easterly move inland after hitting Naples with a category 2.  The eye hit the De Soto/ Hardee counties east of us with 100 mph winds { cat 1-2 }. That’s approx 50 miles from Sarasota.

All this time we were listening and watching the live coverage from ABC 7 Sarasota WWSB  { weather app }. Excellent coverage from dedicated professionals – I cant say enough about them -..  – -they kept us informed and sane ! When they announced the east turn we were SO relieved !

Downtown and many other areas never lost power. The restaurants on Main street opened on Monday eve.. Patricks,  BOCA, Il Panificio, Patellinis  Many others did of course lose power and some are still without…    Publix in our neighborhood didn’t have electricity Monday but had a huge generator and opened on Tuesday am so ICE was the first thing to go…

As of today in Sarasota most have power and life is back to normal…..

Visit Sarasota  posted  “we have been very fortunate that Irma did not impact our area as much as it did others. The majority of restaurants in downtown Venice, downtown Sarasota, Siesta Key and St. Armands circle are open! Public beaches are also open including Lido Beach Pool !” So many people ask me how does Sarasota continue to be so lucky to get missed by these hurricanes……… There are some theories and local superstitions as to why the city of Sarasota has not had a direct hit from a storm since record keeping began back in 1871; the wildest one has to do with American Indian Spirits that still protect the area. These are what are known as “Urban Legends.”  Others say that the Sarasota area is safe due to Mother Nature’s placement of the sand dunes on the coastal beaches, or the magic powers of Siesta Key’s white sand beaches and underwater crystals.  Whatever reason people believe, we have stayed safe from these potentially monster storms along the Sarasota Sun Coast for quite a number of years.

Our thoughts are with the people south of us in Naples, Marco Island and the Keys. It will take a while- but we know there are better days in front of them. Patrick and I checked on all of our listings on Monday..All are fine… If you have any questions or concerns please do not hesitate to call us..

Hurricane Irma -Sarasota is just fine !, Sarasota news you can use 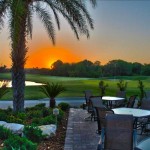 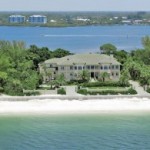 Sarasota news you can use