Per the latest Florida/Realtor magazine, the combined inventory of single-family homes and condo’s in the Sarasota & Manatee Counties reached 8,557 at the end of February…that’s the highest number since April of 2012…just shy of 5 years. Supply of single family homes for sale in Sarasota rose 15 % over last year, while condominium inventory in Sarasota shot up over 24% since the same time last year. As inventory had been rising consistently over the last year, we are super close to the benchmark of a “balanced market” of 5.5 months. That’s the point where neither sellers nor buyers are in control. Buyers can now take their time looking over all their possibilities and are in no need to “jump at” the first property they see as acceptable. The flip side is that sellers now remain on the market longer, making it even more important to price their properties appropriately.

Foreign buyers and our future

Compared to previous years we have noted far fewer Canadian buyers because of the weakened Canadian dollar. We also saw a decrease in European buyers as a result of a stronger US dollar and economical uncertainties {specifically in the UK with the Brexit situation}.

“Sarasota and Manatee region is not as dependent on foreign nationals as a large percentage of local real estate transactions, and it has not been overbuilt compared to new population and housing demand. When prices peak, which is imminent, a crucial question is will investor owners try to sell their properties? Homes $750,000 and up may be a weak spot in the Sarasota area market. There are fewer and fewer potential luxury buyers. Most affluent buyers have already purchased and taken advantage of the discounts in the last several years”…..lower and middle price ranges will maintain and most likely increase in value regardless of any changes to our present market conditions.

“The Sarasota and Manatee area is and will continue to be a top relocation destination for Midwesterners and Canadians, and I predict that over the next 10 to 20 years the region is going to be one of the most desirable areas to relocate to in the U.S.” Sarasota is in Vogue

For more information on selling or buying in Sarasota give me a call at 941-993-3160 or e-mail me at patrickdoherty@michaelsaunders.com

Have a great weekend ! 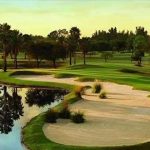 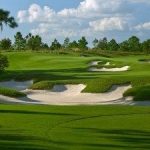