As recently as the mid 1920’s, Venice was little more than deserted coastline brushed by woods and farm land. A land boom quickly put an end to that as thousands of people arrived, looking for their place in the Florida sun. Wisely, the emerging new community chose John Nolan, an internationally famous city planner, to design a city. They also engaged Prentiss French, a noted landscape architect, to beautify it. People from around the country jumped at the chance to be a part of it. 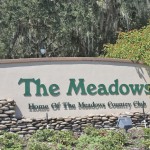 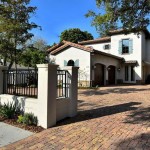