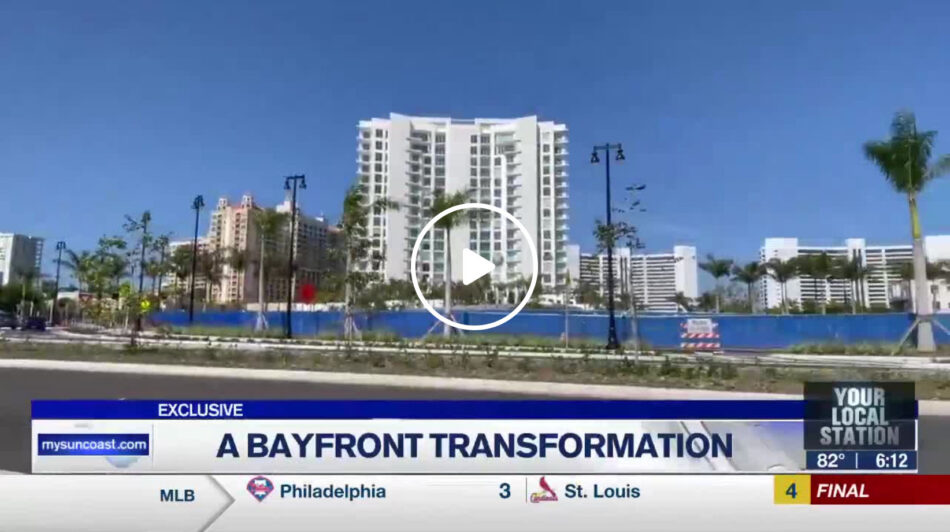 SARASOTA, Fla.  A breath of new life is being breathed back into property along Sarasota’s Bayfront that has been vacant for more than a decade. High-rises are being constructed and crews are hard at work. There is a buzz in the air.

The site was once home to the Quay, the social center of downtown Sarasota, outdoor nightlife.

Today’s progress has been nearly 15 years in the making.

Back in 2007, a wrecking ball took down that deteriorating and vacant building and left nothing but a grassy lot, the most valuable waterfront real estate in southwest Florida.

So why did it take nearly a decade for this project to start?

“The economy; I think everyone realizes this was probably one of the longest recessions in the history of the country,” according to the city of Sarasota’s Director of Planning Steven Cover.

He says initially, an Irish developer hoped to build a billion-dollar project, including condos, a hotel, shops and restaurants; but it went bust during the recession.

Michael Klauber owned two restaurants at the Quay, back in its glory days.

Klauber says, “When the Quay became one large piece of grass, with once historical building left on it, there was really no conversation on how all of this could connect.”

In 2013, Klauber and other Sarasota movers and shakers dreamed big and created a vision for what the Bayfront, as a whole, could be; specifically 53 acres just next to that former Quay property; from Boulevard of the Arts to the Van Wezel.

“When I think about the big picture, the 10,000-foot view that we looked at for so many years, before we’ve gotten into the final master plan for this, I see it as the centerpiece for our community. This is going to be our Central Park for Sarasota,” says Klauber.

That’s the goal of the Bay Sarasota. Klauber calls it a passion project, spearheaded by Sarasota Bayfront 20:20, which would become The Bay Park Conservancy. They were a part of more than 400 city commission meetings and took trips to big cities for inspiration and planning.

It’s years of work, leading to the opening of phase one, in March of 2021, with the Mangrove Bayou Walkway.

Klauber says it’s “a gift, from so many in our community, who donated to make this happen.”

Right now, a kayak launch is under construction and it’s set to open in June.

The lawns are next and a boardwalk, that will take you right onto the Sarasota Bay.

At the same time the former Quay property is seeing a rebirth. Developer Grady Miars says, “just to have an opportunity to have 15 acres on the west coast of Florida with waterfront access, ties to a downtown and robust arts district; I mean you couldn’t find a better place for us to find a signature piece of property.”

When Greenpointe Developers out of Jacksonville wraps up their $1 billion investment, that they claimed back in 2014, it will transform into “Quay Sarasota.” And they’re holding onto the name, that’s meant so much to so many here on the Suncoast.

“We took the time to talk to people who had a lot of historical ties to the Quay; whether it was people who had taken their first high school date or maybe someone had proposed. And what we found is so many had a special story about the Quay. And that’s something we didn’t want to change,” says Miars.

What will change on these 14 acres of waterfront property? There will 695 residential units, 175 hotel rooms, nearly 39,000 square feet of office space, and 189,000 square feet of retail and dining. The first phase is complete, with the 18-story Ritz Residences, the historic Belle Haven building rehabilitation, a central Quay park, and a roundabout on U.S. 41 and Fruitville Road.

Two unique projects are happening side by side.

It’s a vision the city and public hoped to see, that was years in the making. “It’s going to be spectacular and that’s just the beginning,” says Steven Cover.

“This is going to be the center of our community, for all who live here to celebrate and all that visit to experience,” says Michael Klauber.

This new gateway to our city is coming to life in 2021.

– from “From the Quay to Today: A Sarasota Bayfront Transformation” by Rebecca Vargas

Are you considering selling ? 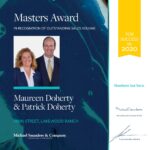 Sarasota Named One of 10 Best Places to Live in U.S.